A Case Study in Modern Entrepreneurship 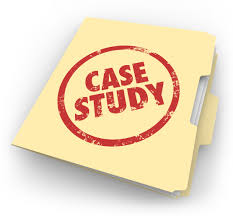 An entrepreneurial example that follows the Timmons Framework of entrepreneur--opportuntiy--resources--is that of the experiences of Jim Poss.  As a person, Jim Poss was creative, inquisitive, and passionate about causes even from a young age.  He was a true entrepreneur in the modern sense of the word...looking at what he could create from what already exists in his repertoire.

When searching for ways to revise or change his ideas, he was constantly considering the culture around him as the basis for what he would do next.  When he had the idea of creating a solar-powered trash compactor, he knew that in order to make it               (image: allthingsweb.co.uk)
a go, he had to find a way to make it profitable for the businesses
to use.  Although he traveled through a series of experiences and business ventures over the years, he kept coming back to the idea of helping the environment about which he was passionate.  Through many iterations, he managed to bring his idea to fruition by using his entrepreneurial skills:

Passion
Risk-Taking
Solving a Problem
Seeing failure as a step toward progress
Keeping his ideas, products, and supporters flexible for change

Before he even had a product created, he sold the "concept," of what he wanted to do.  He found a way to develop to the customer's needs in every way possible.  He kept his idea alive for a solar-powered trash compactor and put himself into many situations in order to make his idea work, not allowing the doubts of others to interfere with his goals:


I enjoyed reading about Jim Poss.  I'm afraid that at this point in my life, it would be difficult for me to go through many of the steps that he did and keep true to my goal and not allow the doubts of others affect me decision making.

When working with my students and guiding them through the design process on projects, this story will provide some great modeling for them as an example of how to truly be an entrepreneur.  At every stage, he managed to turn what could have been a roadblock into an opportunity to go another direction but still work toward his goal.

I respect the bulleted items listed above as models of a true iterative process.  Jim Poss was truly an entrepreneur when compared to the characteristics state previously.  As he saw opportunity, he used it to assess what he had to complete the next step and truly allowed himself to look at the big picture in tackling a problem to solve pertaining to something about which he was very passionate.