Libraries and the Future

In viewing the “State of the Libraries 2017” report from the ALA, it is obvious that the role of today’s libraries is as strong as ever.  Libraries and the media specialists managing them have been a crucial entity in keeping up with the changes of the 21st century.  In the recent report findings, the library is seen as having a specific effect in the following areas:  instruction in initial coursework, student success, collaborative academic programs and services, and information literacy. 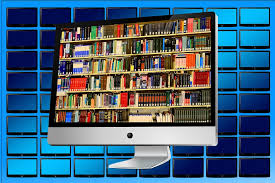 It is hoped that the ESSA or Every Student Succeeds Act will provide more widespread support for libraries in the recognition that library personnel play an integral part in the area of instructional support.

The library could very well have been a dying breed with the onset of sophisticated digital tools including virtual book checkouts and ebooks; but instead, this collective group turned these changes into opportunities to better serve students.  Unlike many areas of education which refuse to change a system developed long ago, the library has embraced the challenge and risen to recognize, enhance,  and fulfill the needs of 21st century learners.

See the report at http://www.ala.org/news/state-americas-libraries-report-2017/executive-summary
at January 08, 2018